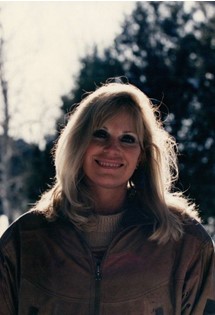 Guestbook 1
Judith C. Erickson passed away on Friday, July 27, 2018 at the Help for Health Hospice home in Riverton, Wyoming, at the age of 77. Judith was born on January 5, 1941 to Vivienne (Parbois) and John C. Erickson.

Judith grew up outside of Rock Springs, Wyoming on the Erickson family ranch. The Red Creek Ranch, located south of Rock Springs, was a great place for her to grow up living the life of a cowgirl on the Outlaw Trail. She loved everything about ranching, especially horseback riding, cutting the hay fields, caring for “bum” lambs and spending time in the Wyoming outdoors. She attended school in Rock Springs and graduated from Rock Springs High School. She attended Western Wyoming Community College and also received a diploma for photography from the New York Institute of Photography.

She, and her former husband, owned and operated Specialty Four Wheel Drive Center in Rock Springs in the 1970’s. In the 1980’s she worked for Badger Engineering as they were building a power plant in Sweetwater County. She later worked for Chevron Chemical Co. as a purchasing agent and planning and logistic analyst. She later became a real estate agent and broker for Century 21.

Judith was very active in the Rock Springs community. She served as a member, then president of the Chamber of Commerce. She also served on the Chevron Recreation Committee, United Way Allocations Committee, Professional Women’s League Downtown Redevelopment Committee, and Wyoming Girl Scout Council District Advisor.

Judith, along with her partner John Church, moved to Florida in 1997. They made their home there for the next twenty years. During her time in Florida she enjoyed traveling, photography and fly and deep sea fishing in the Florida, the Bahamas, Wyoming and Montana.

She is preceded in death by her daughter, Sandra Hittle Barton, son, John K. Hittle, sister, Mary Ellen Erickson, and her parents.

Private family services will be held with burial at the Rest Haven Cemetery in Rock Springs.

Memorials may be made to Wyoming Chapter of the Alzheimer’s Association in care of the Davis Funeral Home, 2203 W. Main Street, Riverton, WY 82501.