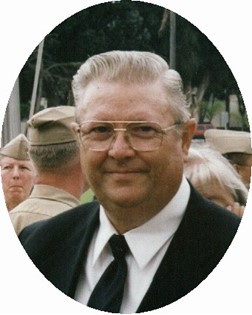 Guestbook 3
Jim Bass, 66, died on Wednesday July 2, 2008 at his home in Hidden Valley of heart disease. A graveside service will be conducted at 10 a.m. on Tuesday, July 8, at Mountain View Cemetery in Riverton with Pastor Dale Gibson officiating. Jimmie Hubert Bass was born on July 14, 1942 to Hubert Bass and Rachel (Ennis) Lassiter in Smithfield, N.C. He moved to Miami, Fla., where he met and married Beverly Ann Logsdon in 1960. They had four children. Mr. Bass never finished high school but his family said he was a self-taught man. They said he was an instinctive engineer with an inquiring mind. His skills included carpentry, plumbing, electrical, mechanical, concrete, welding, and equipment operation. He held a variety of jobs from selling tires, to delivering milk, to carpentry from Miami, Fla. to Moore, Okla. His family said Mr. Bass finally found his true calling when he became a mobile home serviceman in the early 1970s and moved to Riverton in 1974. He worked for Modern Trailer Sales for 20 years and several companies after. He opened his own company in 1993, Jim's RV and Mobile Home Service until his retirement in 1997. He purchased 40 acres in Hidden Valley outside of Riverton and lived there until his death on July 2. Surviving are his mother Rachel (Ennis) Lassiter of Smithfield, N.C.; brother, Tommie Bass and wife Judy of Wilson Mills, N.C.; sister, Mary Lynn Cooper and husband Bill of Riverton; step-mother, Ruth Bass of Princeton, N.C.; daughters, Susan (Bass) Rucker and husband Randy, Patricia Bass, and Cheryl Bass all of Riverton; son, Jimmie C. Bass of Casper; grandchildren, Amy Boyle, Troy Bass, Brian Bass, Jason Bass, Melissa Rucker; great grandchild, Randal Aiden Boyle; stepfamily, David, Merlon, and Lisa of North Carolina. He was preceded in death by his father, Hubert Bass of Princeton, N.C., and granddaughter, Mary Ann Collins of Riverton. On-line obituaries are available and condolences for the family may be made at: thedavisfuneralhome.com Services are under the direction of the Davis Funeral Home of Riverton.