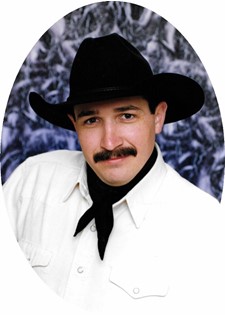 Dale, was a hardworking, kind and good Christian man. He dearly loved his son Roan, and his big circle of family and friends. He was a poet, a musician, a singer, a talented public speaker and philosopher. He enjoyed family, friends, hunting, fishing, camping, horse riding and riding his motorcycle.

Dale graduated high school and went on further to graduate from Central Wyoming College, Chadron State College and the Wyoming Law Enforcement Academy. He then pursued his goal to become a law enforcement officer. His passion came later when he had the opportunity to be Worland, Wyoming’s School Resource Officer, he enjoyed making a difference in so many young lives. He was also an active member of the Police Departments SWAT Team and was a trained sniper. Dale enjoyed working for the Union Pacific Railroad in Cheyenne where he was most recently living with his son Roan.

Dale loved and was very passionate about his family’s Iroquois Nation Indian Heritage specifically the Seneca Tribe from Western New York State, and he loved the simple cowboy way of life.