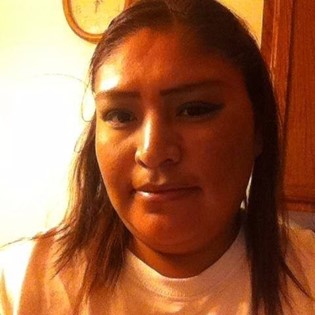 Guestbook 2
Tianna Trumbull, 32 of Lander passed away at the Wyoming Medical Center after a lengthy illness. A rosary and wake will be held on Friday, August 3, 2018 at the home of John Crispin located at 530 Blue Sky Highway starting at 7:00 pm. The funeral service will be at 10:00 am on Saturday, August 4, 2018, at St. Stephen’s Catholic Church. Burial will follow at the Arapaho Catholic Cemetery.

Tianna was baptized into the Catholic faith and also believed in the Northern Arapaho Sundance.

She lived most of her life in the Lander area. She did move around some but always came home to Lander.

She had numerous occupation during her life time but one she did the most was security at gathering such as the Powwow’s and Sundance.

Tianna was a great cook and volunteered to cook for many gatherings. She also enjoyed listening to music, going to the casino, and being on Facebook.

She was preceded in death by her father, Clark Trumbull III; grandparents, Molly and Clark Trumbull, Jr. and John Crispin, Sr.; sister, Karen Trumbull; and numerous other relatives.