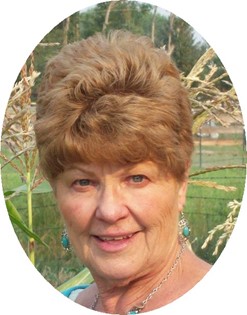 Guestbook 20
Barbara Sauer, of Riverton passed away at Wyoming Medical Center in Casper on Monday, August 13, 2018. As were her wishes, there will be no services.

Barbara Jean Nelson was born on February 16, 1941 in Norwalk, CA to Robert Charles Nelson and Imogene (Woolsey) Cushman. She grew up in Norwalk with her sister and graduated from Excelsior High School with the class of 1959.

She moved to Wyoming in 1965 after meeting Jerry Sauer in California while he was in the U.S. Navy. They were married on May 19, 1966 in Rawlins, WY. They made their forever home in Riverton raising three children.

Barbara retired when she turned 65. Retiring did not mean not working for Barbara, she continued to keep the books for her husband’s business, Jerry’s Welding.

She was active in the Riverton community by serving on the Riverton Senior Center Board of Directors, Women’s Auxiliary Gift Shop at the hospital until it closed, and was a team captain for Relay for Life.

She loved humming birds and going to the Wind River Casino. Barbara never met a stranger and always had a smile and kind word for everyone.

She is survived by her husband of 52 years, Jerry Sauer; daughter, Carol Zodrow of Florida; sons, Rodney Saulters of California and Jeff Sauer of Riverton; and sister, Linda Sue Cockerham of Washington.