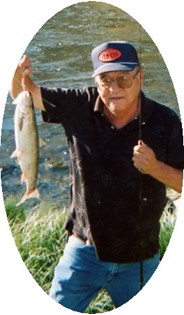 Guestbook 3
A Funeral Mass for Kenneth John Blackburn, Sr., 70, will be held 10:00 a.m., Saturday, September 8, 2018 at St. Stephen’s Catholic Church with Father Bryce Lungren officiating. Interment will follow at the Arapaho Catholic Cemetery with military honors. A Rosary will be recited at 7:00 p.m., Friday, September 7th, at St. Stephen’s Catholic Church with a wake to follow at 113 Goes In Lodge Rd.

Mr. Blackburn passed away at his home on September 4, 2018 surrounded by his family.

He was born on January 23, 1948, son of Seth and Lucia (Brown) Blackburn on the Wind River Reservation. Kenneth also went by his Indian name “High Flying Eagle” or “Special K.” He grew up on the Wind River Reservation and graduated from St. Stephen’s High School. He proudly served in the United States Army from 1968 until 1970 during the Vietnam War.

On January 18, 1973, Kenneth married Evelina SunRhodes in Riverton, Wyoming. They spent most of their life living on the Wind River Reservation but also lived in Portland, OR, Tacoma, WA and Casper, WY.

He worked for BIA Roads as a Heavy Equipment Operator and also as a ShoRap Firefighter.

He was a Baptized member of the Catholic Church and active in Native American Ceremonies. He was also a member of the Arthur, Antelope, Brown Post #84, Legion Member.