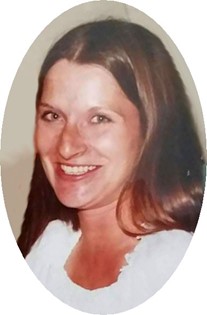 Guestbook 4
Jane A. Bryan, 63, of Riverton passed away on Wednesday, September 5, 2018, at the Hot Springs County Memorial Hospital. Private family services will be held at a later date.

Jane Ann Bryan was born on July 21, 1955 in Neillsville, WI to Wayne Eugene and Mary Jean (Vinney) Bryan. She grew up with her eight siblings including her twin sister, Joan Marie in Neillsville and Humbird, WI until she was nine years old and the family moved to Douglas, WY. When she was thirteen she moved to Riverton, WY and she remained in the area, including Lander raising her family.

She was a member of the Holy Rosary Catholic Church in Lander and was very active.

She was married to Tom Evans for ten years and had three children with him, Rebecca, Sarah, and Tom II. They later divorced. She was previously married and had children, Elijah, Elisha, (twins) Adam and Travis Erhart.

When Jane was young, she started selling Avon and continued into her adult life. She was a homemaker but had also worked at the Wyoming Life Resource Center in Lander, Home Health Care, and also a private care giver for the elderly in their homes. She was very compassionate and enjoyed her work.

Jane was an “out of this world” seamstress, loved crafts, decorating and singing and participating at the Holy Rosary Catholic Church. More than anything, she loved being with her children and Grandchildren. She was very involved in their lives on a daily basis. She spent many years bringing up 3 of her Grandchildren, Chydan, Makayla, and Makenna.