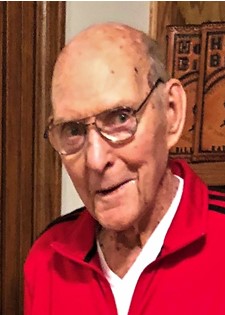 William owned his own oil well servicing business in Riverton, Wyoming until retiring in 1980. He expanded his business into several companies serving the entire state. He also served 4 years in the United States Army and was awarded a Purple Heart.

He was an active community builder in Riverton, serving on the board of directors at First Interstate Bank for many years, and was awarded the Boss of the Year Award from the Jaycees several years in a row. He contributed to establishing Native American Art as part of the curriculum at Central Wyoming College. Bill enjoyed piloting his own private airplane and co-owned a local charter service.

After retirement he became involved in land development in San Diego, California. He also owned quarter horses in Wyoming and became a roper. He had many interests including golf, hunting, boating, and fishing. He provided all of his family with many exciting adventures throughout his lifetime. He was integral in establishing the Association of Oil Well Servicing Contractors and was also an active member of AOSC until retirement.