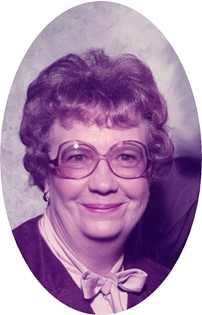 Guestbook 2
Martha Jean Bunn, 86, of Riverton and Thermopolis died Thursday, September 13, 2018 in Thermopolis, Wyoming. Graveside services will be 1:00 p.m., Tuesday, September 25, 2018 at the Greenhill Cemetery in Laramie, Wyoming. A memorial service will be held September 22, 2018 at 1:00 p.m. at the Church of Jesus Christ of Latter Day Saints at 625 South 10th Street in Thermopolis. Services are under the direction of Davis Funeral Home in Riverton.

Martha Jean (Logan) Bunn was born November 12, 1931 in McFadden, Wyoming to Louis Claud “L.C.” and Marilla Blanche (Kennedy) Logan. She graduated McFadden High School in 1949 with her future husband (Robert Francis Bunn) where they made up 2/3 of the graduating class. The couple married May 27, 1951 at Laramie, Wyoming.

The couple ranched in the Dutton Creek area southeast of McFadden for many years before they started their adventure of living in numerous locations from Alaska to Australia, with stops in Cody, Lander, Thermopolis, Evanston, and several places in California, Colorado and Arizona. Jean had a 56-year career in finance, real estate, banking, and title insurance. The majority of her career was an Escrow Officer for family owned title insurance offices.

Besides her love of work, she was a loyal fan of football and basketball especially when it pertained to the Duke Blue Devils.

She is survived by her children Robert Ernest (Chrissy) Bunn of Riverton; Randall Edward (Tammy) Bunn of Sterling, Alaska; Ramona Elaine Bunn (Dave) Edgar of Wasilla, Alaska; 11 grandchildren and 9 great grandchildren; sisters, Betty Bridger of Cheyenne, Doris Schanks of Sinclair, and a brother, Robert Logan of Mountain View, California, and a niece who was a near-sister, Blanche Smith of Evanston, Wyoming.

She was preceded in death by her parents, her husband, Robert F. Bunn; and son Ricky Eugene Bunn; brothers Albert, Boyd, Ralph, and twins Jess and Wes; sisters Milise and Louella.