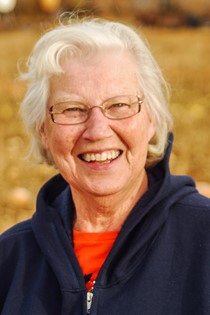 Guestbook 0
Joan M Russell-Frommer, 81, of Riverton passed away on Saturday, September 15, 2018. A private family service will take place, in Wyoming, at a later date.

Joan M. Russell was born on June 7, 1937 in Saugerties, NY to James H. and Mildred (Doner) Russell. She lived in several places in NY as her father was a minister, spending her teen years in Homer, NY, where she graduated from Homer High School. After graduation she attended Keuka College where she earned her Bachelor’s degree in Nursing.

After she was married she raised her five children in Ballston Spa, NY and Naperville, IL, moving to Evergreen, CO in 1992. In 2008 she moved to Riverton, WY where she remained until her passing.

She worked as a nurse in many hospitals in upstate New York including, Schenectady, Saratoga, and Ballston Spa; she also was a nanny to many children in NY, ILL and CO.

She was preceded in death by her parents, James and Mildred Russell, and brother David Russell.