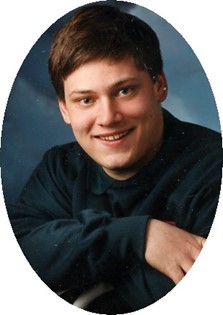 Jim was born on April 4, 1973 in Park River, North Dakota son of Robert Allen Cochrane and Mary Jane (Heggen) Cochrane. Born with cerebral palsey, Jim lived in Jamestown, North Dakota from the age of 8 until he was 16 years old. While there he participated in wheelchair basketball at the Anne Carlson School. He also lived in Hannah, Shoshoni, Evanston, Green River and Flagstaff, AZ. Jim graduated with honors from Shoshoni High School with the class of 1993. He lived in Riverton after graduation.

Jim was a client at CES and was bless to have a devoted caretaker, Kim Oberlie, for 25 years to work with. He also worked for Western Appliances, Super 8 Motel, the Western Inn, the Americas Best Value Inn, and Wal-Mart in Riverton as a door greeter for a year and a half. Jim was a member of the Church of Jesus Christ of Latter-day Saints.

Jim enjoyed outdoor activities such as four-wheeling, camping, and swimming. He also enjoyed fishing with his dad, especially after catching a nine-pound Walleye at Boysen Reservoir, and hunting, when he got a mule deer. Jim enjoyed participating in AAU Community Wresting, playing with his dog, Precious, spending time around people, and messing around on the Internet. Jim was always ready to help others and he will be dearly missed.