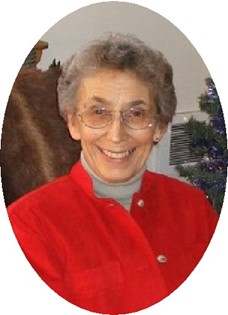 Guestbook 5
A gathering in honor of Elsie Sarah Deemer Westlake, 80, will be held at noon on Saturday, October 13, 2018 at 68 Tipperary Road, Pavillion, WY. Please bring a written memory of Elsie to read or have read during the service. Memorial contributions to the Tahoe’s Rescue Ranch or the Mutts with a Mission in care of Davis Funeral, 2203 West Main, Riverton, WY 82501.

Elsie was born on May 11, 1938 in Bryn Mawr, Pennsylvania, daughter of William C. and Dorothy M. (Wilson) Deemer.

In 1957, she married Kenneth H. Westlake in Raton, New Mexico and then moved to Wyoming. The couple later divorced.

Elsie worked the farm and ranch for many years while also delivering mail in the rural areas of Fremont County for over 25 years. She served as a 4H Leader teaching the kids leather craft. She enjoyed collecting knives and guns, watching horror movies, attending auctions, dog rescue, birds and bunnies. Elsie was an artist in making knives, leatherwork, rawhide braiding as well as making saddles and chaps.

She was preceded in death by her mother, father and step-father.