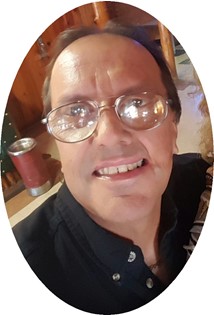 Guestbook 7
Thomas “Tom” Schwinn, 57, of Dubois passed away at his home on Tuesday, October 30, 2018. A funeral service will be held at 11:00 am on Monday, November 5, 2018, at the Headwaters Community Center in Dubois. Interment will follow at the Dubois Cemetery with honors presented by the Dubois Fire Department. A Viewing will be held 10:00 a.m. until service time. Also please join the family following graveside services to celebrate Tom’s life at the Rustic Pine Tavern.

Thomas John Schwinn was born on October 20, 1961 in Cook County Chicago to Ignaz Schwinn, II and Jean (Yeske) Schwinn. He grew up in Medinah, IL before the family relocated to the family Blue Holes Ranch, Dubois, WY in 1975. He graduated from Dubois High School.

He married Lisa Zanelli and they had one son, T.J., before divorcing.

He was of the Christian Faith.

He was the Quality Assurance Manager for Schwinn Bicycle Company in Chicago and traveled all over the world. He returned to Dubois in 1993 and made it his forever home.

Tom was passionate for golf, ice fishing, playing pool-billards, skeet and trap shooting, hunting, and being a volunteer fireman. He loved to go four wheeling and camping with his son, T.J. and being with his pets.

He was preceded in death by his parents, Ignaz Schwinn, II and Jean Schwinn; brother, Ignaz “Rick” Schwinn, III; and niece, Amanda.