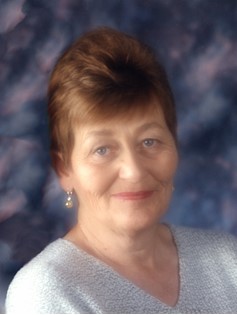 Guestbook 5
Memorial services for Shirley Jean Walton, 79, who passed away on November 29, 2018 at Help for Health Hospice Home in Riverton, WY, will be held in the spring of 2019.

Shirley was born on January 27, 1939 in Great Falls, MT, daughter of Carl L. and Dorlis R. (Alexander) Gillette. She grew up in Great Falls and attended secretarial school after graduating from high school.

Mrs. Walton worked as a secretary for the Naval Intelligence at the Pentagon in Washington, D.C. for 2 years. She worked various secretarial jobs for Katherine Grey, Wyoming PBS and Tudor Engineering. Shirley also spent time living in Missoula, MT, Portland, OR, Seattle, WA, Alagamordo, NM before settling in Riverton for the past 45 years.

She was baptized into the Methodist faith.

Survivors include her sons, Rick Colgan of Houston, TX and Doug Walton and his wife, Karen of Lyons, CO; daughters, Terri Warrior and her husband, Karl of Riverton, Karen Royce and her husband, Scott of Laramie, WY and Deborah Walton of Portland, Maine; sister, Carlene Haven of Eugene, OR; 10 grandchildren and 4 great grandchildren.

She was preceded in death by her parents and husband, Chuck Walton.