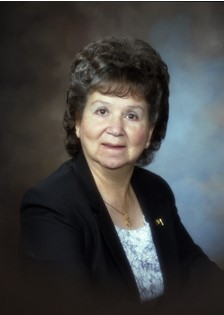 She was baptized into the Catholic faith and was an active member in Blessed Sacrament Catholic Church in Fort Washakie, WY.

On May 19, 1946 she married Franklin S. Boyd, together they had four children, two boys and two girls. They lived all over the western United States; Arizona, California, Montana, North Dakota, Idaho, and South Dakota. It did not matter where they lived Fort Washakie, WY was always home and she loved her home. After Franklin passed away she remarried Frances Sales in Las Vegas, NV in October 1997, he preceded her in death in 2004. She lived her remaining years in Fort Washakie.

She was a homemaker but also worked at other jobs including nurse’s aide, art and craft’s teacher and was a tribal judge at Fort Washakie from 1981 to 1989.

She was a lifetime member of the Does and was a past President.

She enjoyed being on the Shoshone Language Committee, the Fremont County Historical Society, cooking, gardening, traveling, crocheting, beading, gambling, fishing, and most of all dancing,