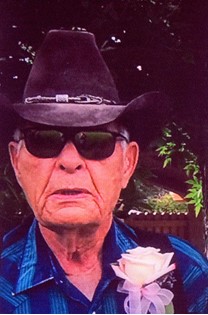 William Stanley Hamilton passed away December 3, 2018 at Help for Health Hospice in Riverton at the age of 86. Stan was born in Mountain View, Wyoming on June 28, 1932 to Wm. Leslie “Les” and Mary C. (Hicks) Hamilton.

He spent many years working for various companies throughout the state including working in construction, running different kinds of equipment and over the road trucks.

Stan spent his time off in the company of his wife of 30 years, Dorothy, and visiting with family and friends. After his retirement, Stand and Dorothy enjoyed taking long drives in the country, him as the pilot and her as the co-pilot.

Stan has reunited with his wife after 18 years; she has been waiting on the dresser in the home they shared for many years. No services will take place at this time; the pair will be laid in a final resting place in the spring of 2019 at Mountain View Cemetery.

In addition to his wife, Dorothy, he was preceded in death by his parents, Les and Mary Hamilton, a son, Rob Hamilton, a step-son, Skip (Chris) Johnson and a great-grandson, Brandon Sterken.