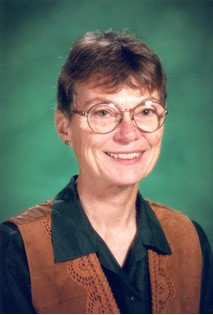 Mrs. Inberg passed away on November 16, 2018 at Help for Health Hospice Home in Riverton, WY.

She was born on September 6, 1938 in Charlotte, N.C. daughter of Harold J. and Lillian (Rees) Rush. Judy attended an elementary school in Rosebud, S.D. high school at Fort Washakie, Wy, graduating in 1960 before attending the University of Wyoming, graduating with a degree in Elementary Education and Special Education.

Judy worked at Ashgrove Elementary School in Riverton from 1960 until 1962. She then went on to substitute teach for the Riverton School district from 1963 until 1986. In 1986, she became the special education teacher for the Fort Washakie School District until 2001. While she worked as a substitute teacher she also ran her own business, Wagon Wheel Catering.

Judy was a member of the Back Country Horseman, Wyoming Education Assoc., P.E.O. Chapter H, as well as the Archaeology Club. She also taught Sunday school at the Episcopal Church.

Mrs. Inberg enjoyed riding in the backcountry with her mule, Salie, skiing at Jackson Hole, walking, camping and writing poetry. She also liked to spend her time traveling, dancing as well as photography.