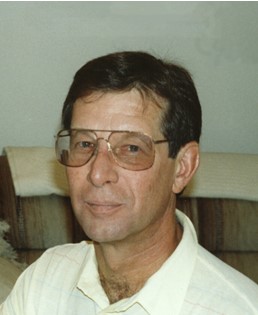 Guestbook 0
Graveside services for Edward A. Pierce of Riverton were Tuesday morning, Aug. 5, at Mountain View Cemetery in Riverton. The Rev. Cleveland McSwain officiated. Mr. Pierce died at his home on West Sunset Thursday afternoon, July 31, 2008, at the age of 65. Edward Alan "Fast Eddie" Pierce was born in Orlando, Fla., on July 15, 1943, the son of Malcolm Charles Pierce and Mary Ina (Fish) Pierce. His parents moved to Rockford, Ill, in 1945, where he attended Summerdale Elementary School, Roosevelt Junior High School, and was graduated from West High School in 1961. He attended White Water State College in Whitewater, Wis., then moved to Boulder, Colo., where he was graduated from the University of Colorado in 1966 with a B.S. degree in accounting. Mr. Pierce served with the U.S. Navy, enlisting after graduation from college. He was stationed in LaMoore, Calif., until his discharge from active duty on Dec. 3, 1968. He served in the attack squadron 125 (YNSN) for his last duty assignment and was on Reserve status until October 3, 1972. He was awarded the National Defense Service Medal. Mr. Pierce worked as a CPA in Denver and Riverton. He was employed by Amoco in Riverton, Evanston, and Denver as a safety engineer in the field and moved back to Riverton with BP Amoco in 1996, retiring after Amoco sold its interests in the Fremont County area. He continued to do some consulting work for a few years after retirement. Mr. Pierce was a member of the B.P.O.Elks Lodge 3036 in Riverton, National Rifle association, a life member of the Citizens Committee for the Right to Keep and Bear Arms, Fremont County ATV Association, Riverton Country Club, Good Sam RV Club, and the Family Motor Coach Association. Mr. Pierce was of the Catholic faith. On March 8, 1999, he married NettaBell Girard at the United Presbyterian Church in Riverton with the Rev. Grayson Gowen officiating. Mr. Pierce is survived by his wife, NettaBell Girard of Riverton; his mother, Mary I. Pierce of Safford, Ariz.; sister, Janet L. DeCori and her husband Steve of Rockton, Ill. He was preceded in death by his father, Malcolm C. Pierce, maternal grandparents, Harold W and Ina May Osterhous Fish and paternal grandparents, Malcolm and Nell Pierce. Memorials may be made to the Central Wyoming College Foundation in care of the Davis Funeral Home, 2203 West Main, Riverton WY 82501. On-line obituaries are available and condolences for the family may be made at: thedavisfuneralhome.com Services are under the direction of the Davis Funeral Home of Riverton.