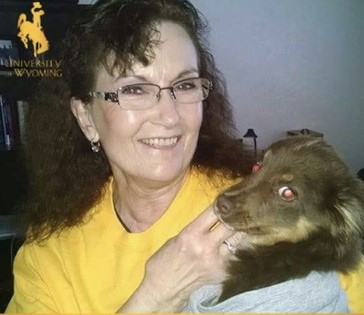 Danette Oldershaw was born on February 13, 1953 in Fresno, CA to Kenneth Phillip and Joyce Anita (Swinnock) Oldershaw. She grew up in Clovis, CA and graduated from Clovis High School with the class of 1971.

After graduation she moved to Bakersfield, CA and began working at Kern Medical Center in 1973. In 1979 she moved to Thermopolis, WY where she lived until moving to Riverton in 1999 and remained until her passing.

In 1990 she graduated from Casper College as a Registered Nurse (RN). After earning her RN she went to work at Hot Springs County Memorial Hospital in Thermopolis, WY and was there until 1993 when she moved to Sage West Healthcare in Riverton, WY. In 2017 she went to work for Corizon Health with the Wyoming Department of Corrections at the Riverton Honor Farm in Riverton, WY.

On May 1, 2001 she married Mark Stone in Las Vegas, NV and they combined their families and became a family of six children and fifteen grandchildren. They celebrated their 18th anniversary this year.

Danette was a life member of the National Association for Search and Rescue and served as National Secretary and V.P. of Conference and Symposium from 1993 to 2002. She was also a member of the ASA and USSSA Softball, she was a player, coach, umpire, scorekeeper, and team mom. She was the secretary/treasurer for Riverton Girls Fastpitch Softball and U.S. Energy Softball from 2000 to 2015.

Danette was an avid Wyoming Cowboy fan and supported all the athletic events and was a faithful member of the Cowboy Joe Club. She also was a Colorado Rockies Baseball fan and Los Angeles Rams Football fan. Beside sports she loved horses, dogs, cats, gardening, and her flowers.

She was preceded in death by her mother, Joyce Eilerman; step-dad, Richard Eilerman; and step-mom, Maxine Oldershaw.