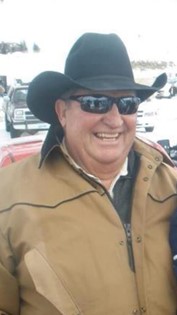 On the Morning of June 29th, 2019, Darrell Lee Graff passed of natural causes. He was born the second son to Bill and Inza Mae Graff, in Kremmling CO. The family relocated often as his dad was an oil man, eventually staying in Rock Springs WY for Darrell’s formative years and high school graduation. (RSHS ‘68) Darrell excelled at football lettering as a freshman. He and his band of friends were also known for creating mischief throughout town. One time, with his brothers Jack and Richard, he scared his mother by sending youngest brother Kent down Rhode Island Ave in Rock Springs in a toy wagon.

After high school, Darrell was drafted into service as an Army medic during the Vietnam War. From January 19, 1970 he served at a signal site near Phu Mu, along the Mekong River near Vietnam. He was transferred to finish out his active service May 28, 1970 to July 15, 1971 in Hawaii. He received an Honorable Discharge July 1, 1975.

Following Darrell’s service, he attended University of Wyoming where he studied Nursing and then Biology. While skiing in Steamboat Springs, he met his greatest challenge in life, keeping up with Rosemary Brown of Jackson Wyoming. She helped him pursue his passions of skiing, pack-trips, and general horsemanship. The two were married July 9th, 1974 at Brown’s point along the shore of Jackson Lake.

The couple moved to Dubois in 1977, so that Rosey could follow her teaching career. They resided together at the house on Rhoades Ave until his passing. Darrell worked at the meatpacking plant and Highway department before purchasing Wind River Meat in the mid-90's. Darrel made a name for his-self for quality meats and whole hogs smoked and served with his trademark smile and gregarious manners.

Darrell was active in the community as a former member of the Masonic lodge, Knights Templar and Black horse Troop. He served and retired from the Dubois Volunteer Fire department. He served on boards such as the Dubois Western Activities Association and Chance Phelps foundation. He served proudly in many positions for Ramar Brown VFW post 10056. Darrell was a stem-cell donor for his older brother Jack.

Darrell was an avid outdoorsman and hand with the horses. He participated in, helped organize and judge the Don Scheer Memorial pack horse races. He dropped many lines in holes in the ice. He gossiped at morning coffee with friends. He enjoyed camping and 4-wheeling. He was a skilled leather worker and had started making beautiful knives. He hunted the local herds and had many a great story of the trip. He refused to put chains on the tires until the truck was well stuck. He had his one great dog- Copper, He had his one great horse- Dancer.

Darrell was most proud of raising his two daughters Andrea R Summers, and Sadie L Williams, both of whom married good men, Jake Summers and Nate Williams. Both of whom asked a butcher for his blessing to care for his daughters. He also took great pride in his grandchildren: Aubrey, Lilly, Reagen, Leif and Isaiah.

Darrell is preceded in death by his parents Bill and Inza Mae Graff, and his brother Jack Graff. Darrell is survived by his wife Rosemary Graff (Brown) of Dubois, brothers Richard Graff of Casper WY, Kent and wife Nora Graff of Carlsbad CA. Daughters: Andrea and husband Jake Summers of Farson WY, and Sadie and husband Nate Williams of Dubois WY.

Services will be Sunday August 4, 2019, 11:30 AM at the Dubois Cemetery to be followed immediately by a Celebration of Life picnic at the Graff Residence. . In lieu of gifts or flowers, the family requests donations be made to the VFW post 10056 for the Upper Wind River Valley Veterans Memorial c/o Nate Williams, Quartermaster.

Darrell was always quick to toast his friends, stand for the flag, fall asleep in his chair and share his love with his family. He will be sorely missed.