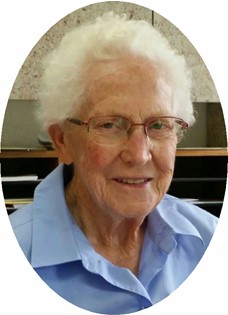 Guestbook 13
Delene O. (Edwards) Berg, 85, passed away comfortably on July 18, 2019 at the Help for Health Hospice Home in Riverton, WY. She was the widow of Raymond M. Berg. They shared 63 years of marriage together.

Born in Nortonville, ND, she was the daughter of Claude and Eleanor Edwards. She graduated from The State Teachers College in Ellendale, ND in 1963 with a degree in education. She furthered her education and received a master’s degree from the University of North Dakota in 1970. In 1971 Ray and Delene moved to Riverton as Delene had taken the position of Prinicipal of Jefferson Elementary School with School District #25 whom she was employed with for nearly 4 decades. Delene was well known as the Tax Lady as many in her community had the pleasure of having their income taxes prepared by her. She began doing taxes when she was 18 years old in rural North Dakota and continued to assist in the office until the time of her stroke in 2016. Ray and Delene also had numerous rental properties in the community and enjoyed the people they met and were able to impact many families over the years.

She was a member of the Cornerstone Church in Riverton. Throughout her life she enjoyed gardening, church mission activites, “relaxing” time on the mountain, leatherwork, macramé, playing cards, always a good ball game.

She was preceded in death by her husband, Ray; parents, Clause and Eleanor; sisters, Meryl and Lorraine; and grandson, Ryan.

The memorial service will be held on Friday, July 26, 2019, at 10 am at the United Methodist Church in Riverton, WY. We will be gathering after the service at the Reach Foundation to celebrate Delene’s life. We ask that those who can bring a side, salad, or desert to share.

Memorials or donations may be made to Help for Health at 1240 College Drive or PAWS Animal Shelter at 515 S Smith Road, Riverton, WY 82501