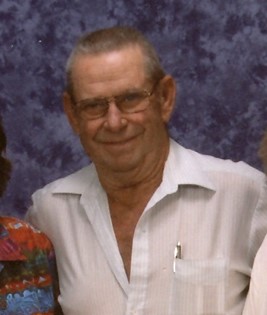 Guestbook 1
Memorial services for Robert L. "Bob" Goff of rural Riverton will be at 10 a.m. Monday, May 7, at the Davis Funeral Home. The Rev. Cleveland McSwain of the United Methodist Church of Riverton will officiate. Mr. Goff died Wednesday, May 2, 2007, at Riverton Memorial Hospital. He was 68 years old. Robert Loyd Goff was born in Roy, N.M., on Feb. 2, 1939, the son of John Thomas Goff and Alta Olivia (Ingle) Goff. On, Feb. 4, 1959, he married Louise Dodrill in Riverton. Mr. Goff had worked in oilfields and construction in New Mexico and Colorado before moving to Wyoming in 1957. He was mill maintenance foreman for Globe Mining, which later became Union Carbide, during Fremont County's uranium years. He retired after 32 years with the company. His family said Mr. Goff enjoyed restoring and repairing cars and trucks with his sons and grandsons, loved playing with his great grandchildren, and spending time with family and friends. Mr. Goff is survived by his wife, Louise of Riverton; sons, Tom Goff and his wife Shawna of Riverton, and Robert Goff and wife Christina of Chandler, Ariz.; grandchildren, all of Riverton, Tyler and Sage Goff and their sons Riley and Tristen, Travis and Sara Goff and their daughter Adara, and Shayna Goff; the aforementioned three grandchildren and three great grandchildren; brothers, Charlie Goff of Hot Springs, Ark., and Fred Goff of Las Vegas, Nev.; numerous nieces and nephews. He was preceded in death by his mother and father, a sister Betty, and brother John. On-line obituaries are available and condolences for the family may be made at: thedavisfuneralhome.com Services are under the direction of the Davis Funeral Home of Riverton.