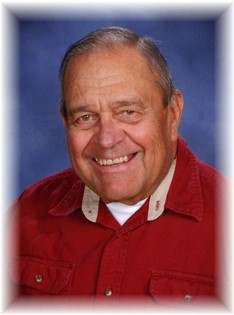 Guestbook 0
Norman Ray Sherwin was born January 23, 1942 to Samuel and Florence Sherwin and passed away at his home in Riverton after a lengthy illness on August 4, 2019.

Norm and his family moved to Casper in 1948. He attended Casper schools and graduated from NCHS with the Class of 1960. Norm served in the Air National Guard as a fire fighter and went to work at the Casper Fire Department in May 1965. He retired as a captain after 32 years of service.

On August 6, 1966 Norm married Helen Jones and together they had two children, Sean and Dawn.

Norm loved anything he could do outside including hunting, fishing, camping, and boating. His greatest joys and blessings were his wife, children, and grandchildren.

Norm had a kind, gentle heart, a wicked funny sense of humor, and was always quick to laugh with a giant smile.

Norm is survived by his loving wife, Helen; his son, Sean (Kris) Sherwin; his daughter, Dawn (Randy) Royal; grandchildren, Sheridan and Gregory Sherwin; his sisters, Nancy Tuley and Lorraine Broughton; and brother, Ken Sherwin. He was preceded in death by both parents