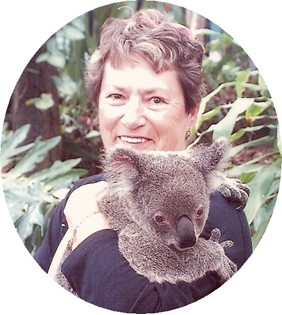 Cremation has taken place. Memorial services will be conducted at 1:00 p.m. Saturday, September 13, 2008 at the Dubois High School gymnasium, with the Rev. Pete Ensor officiating.

Roberta Lou Latta was born in Lander on May 14, 1938 to Robert D. Latta and Alice L. (Howell) Latta. She grew up west of Dubois on the Lava Creek Ranch helping her father and brother take fishermen and hunters into the Wind River Mountains. She and her brother Mike were inseparable as they explored many miles on horseback in the summer and on skis in the winter.

She attended school in Dubois, being graduated from the 8th grade in 1951. She was graduated from Morton High School with the Class of 1954. During her school years she played basketball and ran track. She also attended the Wasatch Academy in Utah.

The family said Mrs. Milton had aspirations to be a professional singer and was a member of a local band.

She met her future husband, Floyd “Milt” Milton, while waitressing at the Roundup Café. They were married November 26, 1954 in Rock Springs. Mr. and Mrs. Milton traveled the state of Wyoming while he worked on telephone installation crews, finally settling in Dubois where they began their family.

Mrs. Milton had been employed by Bill and Dee Lamb as a telephone operator and worked as an operator across the state. She also worked at the Roundup Café, Wind River Logging for Glavis Reed, as a bookkeeper for DM Wilson Logging, Wilson Fencing, Mountain View and Absaroka Storage, Dubois Medical Clinic and Dubois School District #2.

She received her real estate license in 1968 and purchased a real estate business from Shorty Meckem in 1970, and received her broker’s license that year. She originally worked under the United Farm Agency, and in 1972 started Bert Milton Realty. She continued to sell real estate in Dubois for 40 years.

She also did bookkeeping for several local businesses.

She and her husband traveled together chaperoning Dubois High wrestling trips.

Mrs. Milton was a member of St. Thomas Episcopal Church where she was active in the Altar Guild, Susan G. Komen for the Cure, and participated in the Relay for Life in Lander.

The family said she enjoyed gardening, working in her yard and watching birds, collecting Beanie Babies and all kinds of lapel pins, doing latch hook rugs, snowmobiling, mountain drives and cooking, especially sourdough hotcakes. They also said she loved her grandchildren and her work.