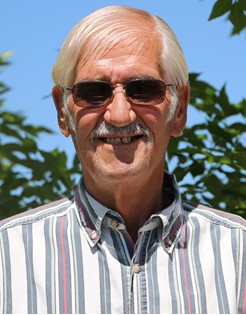 Guestbook 5
Private family services will be held at a later date for lifelong Fremont County resident, Jake J. Albrandt, 78, who passed away on Sunday, August 25, 2019 at the Wyoming Retirement Center in Basin, Wyoming. Cremation has taken place.

Jake was born on October 13, 1940 in Riverton, Wyoming, son of Jake and Ruth (Kissler) Albrandt. He and his brothers grew up in Shoshoni, Wyoming, where he graduated from high school in 1959.

On June 10, 1966, Jake married Nadine Yost at the Trinity Lutheran Church in Riverton.

Mr. Albrandt served in the United States Army before he was honorably discharged on September 30, 1969.

Jake drove truck the majority of his life. He enjoyed reading and was an active member of the Trinity Lutheran Church.

He was preceded in death by his parents and wife, Nadine Albrandt.