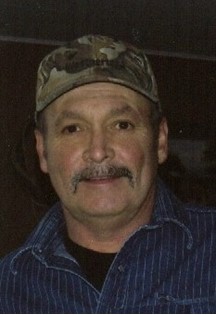 Guestbook 5
Funeral services for John "Rocky" Hunsberger of Riverton will be at 10 a.m. Monday, Sept. 8, the at Davis Funeral Home of Riverton, with the Rev. Father Dan Gannon officiating. Burial will follow at Mountain View Cemetery in Riverton. A viewing will be held from 6-8 p.m. on Sunday, Sept. 7, at the funeral home. Mr. Hunsberger died on Thursday, Sept. 4, 2008, at the Lander Regional Hospital. He was 50 years old. John Rocky Hunsberger was born on Feb. 19, 1958, to Homer Jack Hunsberger and Madeline Gwen (Wilson) Hunsberger, in Taft, Calif. He moved to Riverton when he was 15 years old and was graduated from Riverton High School with the Class of 1976. He lived here for the remainder of his life. On Nov. 4, 1995, he married Denise May Sandler in Lander. Mr. Hunsberger worked in carpentry and construction. He had been employed with Allan Lund Home Improvements, had his own siding business, and most recently had worked for Yeates Construction for the past four years. The family said he enjoyed spending time with his children, fishing, reading C.J. Box and Margaret Coel books, rock hunting, and gold panning. Among his survivors are his wife, Denise Hunsberger of Riverton; daughters, Callie May Hunsberger and Madyson Grace Hunsberger of Riverton; parents, Homer and Dot Hunsberger, and grandmother, Hazel Schlenske, all of Riverton; brothers, Jason Hunsberger and his wife Janet of Oakley, Calif., and Michael Poggis and his wife Barbara of Riverton; sisters, Kristal Eckley and her husband Troy, Denise English and her husband Calvin, all of Riverton, Tammy Brown and her husband Bobby of Glendive, Mont.; an aunt, Edith Bennett of Riverton; numerous nieces, nephews, aunts, and cousins. Mr. Hunsberger was preceded in death by his mother, Madeline Hunsberger in 1997; an uncle, Travis Bennett in 2007; and his grandfather, Jack Stradley in 1997. Memorials may be made to the family in care of the Davis Funeral Home, 2203 West Main, Riverton, WY 82501. On-line obituaries are available and condolences for the family may be made at: thedavisfuneralhome.com Services are under the direction of the Davis Funeral Home of Riverton.