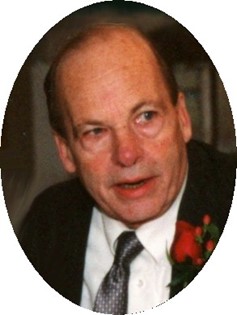 Guestbook 0
Henry Howell van Cleef III, born in Pittsburgh, Pennsylvania on October 23, 1934, died in Riverton, Wyoming on December 5, 2019. A memorial service will be held at the Davis Funeral Home, 2203 West Main Street, at 10:00 a.m. on Thursday, December 12, 2019 with a reception to follow at The Reach. Raised in Branford, Connecticut, Hank went to Worcester Polytechnic Institute and Reed College, and later to Norwich University where he worked toward a PhD in the history of science.

Hank worked as an electrical engineer at Raytheon and at DEC, both in Massachusetts.

From an early age Hank loved to tinker with clocks, televisions, radios, cars, and airplanes. He loved music, especially classical and jazz, and had a vast collection of vinyl which he transferred onto high resolution discs.

Hank was fascinated with flight and piloted several airplanes of his own in the 70s and 80s.

Hank was a voracious reader and could often be found sitting at his kitchen table with a cup of coffee and a copy of Scientific American, Popular Mechanics, or National Geographic. He read as many books as he could get his hands on, related to history of every kind including American and European, the world wars, Native American history, and the West. He loved the western U.S. and, after a successful career, came to live his last years here in Wyoming, which he'd been drawn to since first visiting the Pinedale area in the '40s and '50s.