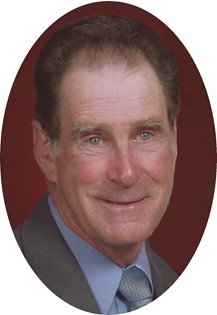 Guestbook 4
A Memorial service for Robert “Bob” William Schlichting, 74, will be held Saturday, January 18, 2020 at 10:30am at the Riverton United Methodist Church. Cremation has taken place under the direction of Davis Funeral Home.

Bob passed away on Friday, December 13, 2019 at his home in Riverton, WY. Born March 26, 1945 in Casper, Wyoming, he was the eldest son of William L. and Jean L. (Wilson) Schlichting. While attending the University of Wyoming Bob met and married the love of his life, Leora E. Balden. He served in the Wyoming National Guard during college and following graduation served in the United States Army as a helicopter pilot in the United States, Germany, and Korea.

Following his time in the Army, Bob & Lee owned and operated the Sand Lake Lodge near Laramie for several years. They moved to Riverton, WY in 1982 where Bob worked as the business manager for Apex Surveying. Bob was a long time active member of the Riverton United Methodist Church and Gideons International.

Following in his father’s footsteps, Bob loved woodworking and was a talented carpenter. He believed in sharing his talents and was always willing to use his skills to help his family, church, and Eagles Hope Transitions. He was also a passionate outdoorsman. Bob remained active in hunting and fishing his entire life. As a young adult he loved climbing and he and his climbing buddies participated in climbs in the Windrivers and pioneering routes on Devil’s Tower.

Memorial gifts can be made in Bob’s honor to Eagle’s Hope Transitions c/o Davis Funeral Home at 2203 West Main St, Riverton Wyoming 82501 On-line condolences may be made to the family at www.TheDavisFuneralHome.com