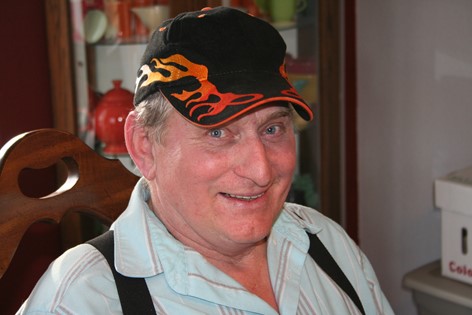 Guestbook 2
Jerald “Jerry” Kinney, 73, of Lander passed away at his home on Friday, January 3, 2020. As per Jerry’s wishes he has been cremated and there will be a service and a carry-in pot-luck gathering of friends scheduled for Saturday, January 11, 2020, at the Lander V.F.W. Hall at 3pm. Pulled pork sandwiches and drinks will be provided.

Jerald Lloyd Kinney was born on September 16, 1946 in Superior, WI to Robert L. and Alice Jeanette (Lidberg) Kinney. He was the second oldest of seven children. He helped raise his younger siblings while the family moved around building churches for the Jesus Christ of Latter-day Saints Church, of which the family were members.

Since the family moved so much he attended at least fifteen different schools and by the time he was in the 11th grade he decided to go out on his own. Although he did not finish school, he knew where every library was in every town he was in, reading and educating himself on many subjects.

Jerry worked odd jobs and hitchhiked all over the United States. In 1970 he landed in Tensleep, WY. There he was offered a job on a sheep ranch. He had never ridden a horse but thought “Why Not”. He became a sheepherder for the next thirty seven years.

In 2003 he arrived in Lander, WY to participate in the WINDS Recovery Program. Jerry said “Best program in the world and what did they do? Shut it down!” There, he met Nancy Galgerud who helped him learn to deal with life and trust people. For the first time in his life he had a hometown and friends. He learned to sew and bake and found great pleasure in selling his homemade treasures at the Lander Farmers Market and Craft Fairs. Jerry adored his customers and the kids.

He is survived by many friends and his chosen daughters, Penny Sauer and Carrie Galgerud.