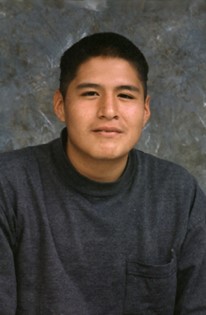 Interment will follow at the Chief Washakie Cemetery at Fort Washakie.

Marcus Duane Hereford was born in Lander on Aug. 30, 1982, the son of Charles Duane Hereford and Mary (Armajo) Hereford. He had lived all his life on the Wind River Reservation.

Mr. Hereford was graduated from the Job Corps in Darby, Mont., in 2003, and worked as an apprentice electrician out of Darby. For the past two years, he had been a security guard at the Shoshone Rose Casino.

His family said Mr. Hereford was an avid Shoshone sundancer. They said he enjoyed spending time with his son and his companion. He played high school football and basketball at Wyoming Indian High School and liked video games He was described as a high stakes gambler.

He was preceded in death by a grandmother, Elabie Hereford; grandfather, Charles "Chuck" Whiteman, and uncles Ken Goings and Kenneth Whiteman. Nephews Ion and Hawk Tillman.