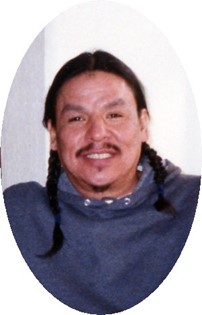 Guestbook 5
Funeral services for Ronald “Ronnie” M. Brown, 53, will be held at 10:00 a.m., Tuesday, January 14, 2020 at St. Stephen’s Catholic Church with Father Jim Heiser officiating. Interment will follow at the Arapaho Catholic Cemetery. A Rosary will be recited 7:00 p.m., Monday, January 13th at Great Plains Hall with a wake to follow.

He was born on April 19, 1966, in Riverton, Wyoming, son of Royce Lonebear and Patricia Snook.

In his younger years, Ronnie served as an altar boy during Mass at St. Stephen’s Catholic Church, where he was a member. He attended the St. Stephen’s grade school and junior high school, Wyoming Indian High School in Ethete, WY. He also studied at Southwest Indian, Polytechnic Institute in Albuquerque, NM. Ronnie spent time living in the Boulder, CO area for a number of years but lived most of his life on the Wind River Indian Reservation. In the early 1980’s, Ronnie worked in the Seismograph field and later cowboying and breaking horses as a teenager.

He enjoyed riding his horse, Red, as well as hunting and fishing.