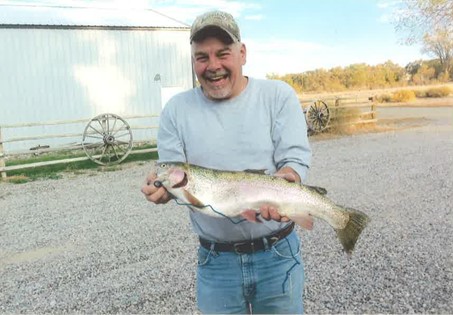 Guestbook 1
Daniel J. Peck of Riverton, died Thursday, January 2, 2020 at the Help for Health Hospice in Riverton. He was 62 years old. Cremation has taken place there will be no services, as his wishes were that everyone remembers him as he was.

Dan was born October 14, 1957, in Fond du Lac, WI the son of Margaret Staley. In 1966 he moved to Wautoma, WI with his sister Cindy when his mother married his new father Harry Peck Sr. He soon became a quick study of the Family business, Peck's Plantation, where he became a great chef and eventually an owner. He moved to Kaukauna and worked for the Marq where he cooked for many of the Green Bay Packers, His Team. In 2012 he moved to Wyoming to help his sister take care of her ailing husband, Larry. He secured a job at Central Wyoming College, and became a member of the CWC family. In 2014 he met his love, rock and angel Paula. Dan embraced the Wyoming lifestyle, he was in awe of the scenery especially the mountains. He loved hunting, camping, and fishing with his CWC brothers. Dan was a man among men.

His humor was dry, his heart was huge, his love was real, and when a situation would arise he would consider it a Test, Challenge, and Opportunity. He will be greatly missed by so many.

He is survived by his sisters, Cindy Pradmore & Analisa Peck; his girlfriend, Paula Caines; The Caines Kids, The Peck Family (Kathy, Mary, Harry, John, Judy, Laura) and their spouses; Harry Sr.'s wife, Diane; and many Nieces and Nephews. The Staley Family, His Creek Dr. Family, His CWC family and his hunting Family, and too many friends and relatives to mention.

As a consolation let us remember our beloved Dan is in Heaven with this loved ones, in the mountains, riding the Elk.