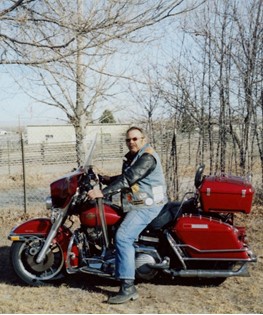 Guestbook 3
James McCoy, 76 of Riverton passed away on Friday, January 10, 2020, at Wind River Health Care and Rehabilitation. A viewing will be held on Friday, January 17, 2020 at Davis Funeral Home from 9:00 am to noon. A graveside service will follow at 1:00 pm at Mountain View Cemetery. A carry in dinner at the Odd Fellows will be held directly after the service.

James Arthur McCoy was born on June 15, 1943 in Lander, WY to Arthur and Lilian L. (Loughrey) McCoy. He grew up in the Pavillion area and attended school in Shoshoni, graduating from Shoshoni High School.

James was baptized into the Catholic Faith and attended both St. Margaret’s and St. Stephen’s Catholic Churches.

On March 23, 1965 he joined the U.S. Army and served in the Infantry. He was honorably discharged on March 8, 1967 and returned to Fremont County.

He married Margaret “Marge” Anna Raymond on July 11, 1982 in Carson City, NV. They made their home in Fremont County.

James worked as an outfitter near Dubois in his younger years. After returning from the service he worked at Pathfinder Mines as a heavy equipment operator in 1968-1969. During the 1970’s he drove Ambulance for several years. He then became an over the road truck driver for the rest of his working career. He worked for many different companies but the longest was for Big Wyoming Trucking.

He is survived by his wife, Marge McCoy; son, Travis Myers; sister, Vonda Jepson; and several nieces, nephews, and cousins.

He was preceded in death by his parents and many other relatives.

The family would like to say a special thank-you to Betty Jo Hempel for her caregiving.