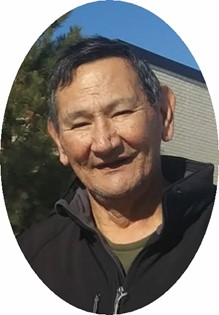 Guestbook 4
Funeral services for William “Bill” Thomas Warren, Sr., 65, will be held at 10:00 a.m., Monday, January 27, 2020 at St. Stephen’s Catholic Church. Interment will follow at the John Warren Cemetery with military graveside rites. A Rosary will be recited at 7:00 p.m., Sunday, January 26th at Great Plains Hall with a wake to follow.

Mr. Warren served in the United States Marine Corps from 1979 until 1981, when he was honorably discharged.

Bill was a baptized and confirmed member of the Catholic faith, who attended religious services regularly.

He loved photography, music, movies, and was a great mechanic. He also loved to ride horses, hunt, fish, travel, food as well as play his guitar. Bill worked for Bureau of Indian Affairs, was a casino night shift supervisor and was a Wendy’s grill operator.