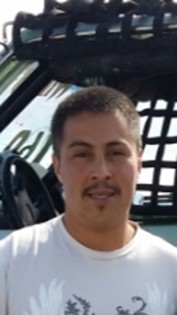 Orlando passed away on Thursday, January 16, 2020 in Cheyenne, Wyoming.

He was born on September 5, 1986, son of Pedro Torres and Darlene Rael in Lander, Wyoming.

Orlando attended Riverton schools and received his GED from Swan Valley Youth Academy in Kalispell, MT. He moved from Riverton to Cheyenne October of 2019, working for Noble Casing as a Casing Operator. He had worked in the oil fields since he was 18 years old.

Orlando enjoyed hanging out with his friends, playing basketball, watching football, arm wrestling, MMA and was a belt holder of Riverton Fight Night, as well as known as an amazing artist. He also loved music, singing, rapping, and dancing. He was a very family oriented person who loved his time with his kids, mom and grandma.

Orlando was preceded in death by his Grandpa, Benjamin Warren, Jr. and cousin, Coulston Spoonhunter.