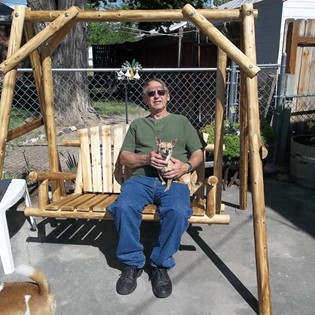 Guestbook 2
John D. Lahey, 71, of Riverton passed away on Saturday, January 18, 2020, at his home. As were his wishes he was cremated and there will be no funeral. His ashes will be saved until the day they can join Linda’s and they will be buried together.

John Daniel Lahey was born January 27, 1948 to Mike and Maxine Lahey in Fromberg, MT. He spent most of his life in the Billing. MT area graduating from Sheperd High School in 1966.

He joined the Laborers’ International Union in 1972 after leaving the U.S. Navy, and worked many jobs thru out the years ending up as a job superintendent when he retired in 2008. He worked for several companies during those years-working for whoever had work at the time.

John was a friend to everyone he met and tried to help others whenever he could. He was a lifelong Catholic and at the end he thanked God every morning for another beautiful day and ended the day asking to wake to another day. He was at peace with whatever God had planned for him.

John was preceded in death by both of his parents as well as his sister, Peggy Moe, and brother, Jim.