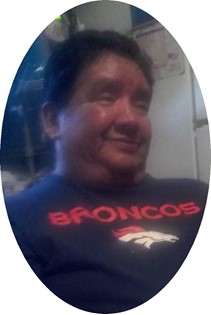 Guestbook 3
George B. Dodge, 65, of Arapahoe passed away at his home on Sunday, February 9, 2020. A rosary will be recited and wake held at Great Plains Hall on Thursday, February 13, 2020, beginning at 7:00 pm. The funeral services will be held at 10:00 am on Friday, February 14, 2020, at St. Stephen’s Catholic Church. Burial will follow at Arapaho Catholic Cemetery.

George Benjamin Dodge was born in Riverton, WY on October 18, 1954 to Mary Patricia (Bell) and Daniel Dodge. He was given his Native American Name of Kills on Prairie. He attended Arapahoe School, Riverton High School, and Riverton Alternative School.

He worked at Style Homes, as a Seismographer, and was a carpenter by trade.

George enjoyed playing machines, watching and listening to sports on the TV and radio, his favorite all-time team was the Denver Broncos. He loved being with his family, especially all his grandchildren.