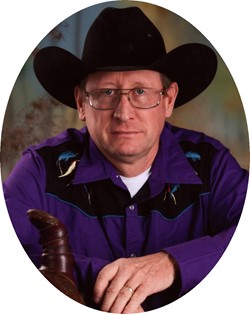 Guestbook 1
William Tierney, 60, of Riverton passed away on Sunday, February 2, 2020, at his home. Cremation has taken place and no service will be held.

William Joseph Tierney was born on August 20, 1959 in Sheridan, WY and later adopted by Edward Martin and Shirley (Swanson) Tierney.

In 1994 he married Bonnie Bulow in Rawlins, WY.

He worked at Cotton Tree In in Rawlins for ten years before moving to Riverton in 2002. He then worked at the Riverton Holiday Inn for ten years and in 2012 he started working at the Wind River Casino where he worked until his passing. He liked his co-workers and the people he met from all over and he remembered all of their names.

William was in the Ham Radio Club in Riverton; enjoyed golfing, puzzles, rock hunting with his wife, museums, and going for drives.

He is survived by his wife, Bonnie of Riverton; sister, Sharon Comopono and husband, Bob of Colorado Springs, CO; and cousin Carol Roberts and husband, William of Riverton.

He was preceded in death by his parents, Edward and Shirley Tierney; and sister, Marlee Martin.