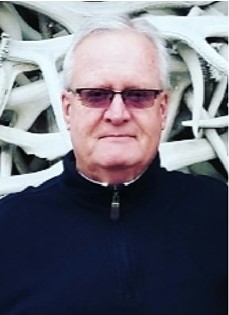 
Thale “Monty” Ellison, 70, of Riverton passed away at the University of Utah Hospital in Salt Lake City, UT on Saturday, February 8, 2020, with his wife and son by his side. A memorial service will be held at 10:00 am on Saturday, February 22, 2020, at Davis Funeral Home. A reception will follow at the Reach Club House.

Thale Fremont Ellison was born on September 29, 1949 in Worland, WY to Frank and Virginia (Huffard) Ellison. He grew up with his brother and three sisters in Shoshoni. He graduated from Shoshoni High School with the class of 1968. He attended one year at Central Wyoming College.

Monty was baptized into the Catholic faith and was a member of St. Margaret’s Catholic Church.

He met Kathleen “Kathi” Rae Rossi through friends, and on December 12, 1970 they were married in Riverton, WY. They celebrated their 49th anniversary this last December. They made Riverton their forever home where they raised their two sons, Trevor and Brandon.

Monty started working for Style Homes in 1971 as a carpenter. He worked his way to become the factory manager and took the company from building one home a week to building two homes a day. After Style Homes closed, he became an individual contractor and built homes with Bruce Calhoun, from start to finish just the two of them. He went on to start Mid-Valley General Contractors, Inc. Through his company he built Aspen Park School, Willow Creek School, Brunton, Riverton Fire Hall, Popo Agie One Stop, Wind River Outdoor Corp., and First Interstate Bank in Lander just to mention of few of his projects. He was very proud of the Dubois Assisted Living Center project and design; he has left an everlasting legacy in Fremont County.

When Monty had extra time, he enjoyed acrylic painting, was the best woodworker and a true master of the craft according to his family, and spending time at Gas Hills exploring, especially with his grandson. Family was the #1 thing that drove him “so selfless” he was very generous, caring, and loved his family. He supported and guided his family through life and gave his heart to everything he did.

He is survived by his wife, Kathi Ellison; sons, Trevor Ellison and his wife, Amber, and Brandon Ellison; grandchildren, Jackson Ellison, Trenton Ellison, and Ana Ellison; brother, Farrell Ellison and wife, Peggy of Phoenix, AZ; sisters, Holly Janson and husband, Keith of Shoshoni, and Cheryl Frisbee of Riverton; and numerous nieces and nephews.

He was preceded in death by his parents, Frank and Virginia Ellison; sister, Vicky Ellison; and parents-in-law, John and Lillian Rossi.

Memorials may be made to the American Cancer Society in care of Davis Funeral Home, 2203 West Main Street, Riverton, WY 82501.

Services are under the direction of Davis Funeral Home