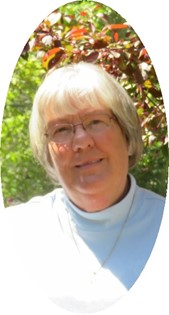 Geraldine Louise Lemoine was born on October 20, 1949 in Powell, WY to Louis Frank and Elaine Mae (Jones) Lemoine. She grew up in Powell with her two sisters and brother. She attended Powell High School, graduating with the class of 1968.

On June 7, 1969 she married Martin DeVries in Powell, WY. They lived in Casper for a short time before moving to Riverton in 1970 where they raised their seven children and made it their forever home. Martin and Geraldine were sealed in the Logan Temple on July 26, 1971.

She worked at the Riverton Hospital for ten years in the admissions department.

Geri loved being with her family and grandchildren. She was involved with her children’s activities by coaching baseball, soccer, wrestling, and being a lead in Boy Scouts.

She was preceded in death by her father, Louis Frank Lemoine and her grandparents.

In lieu of flowers memorials may be made to Help for Health Hospice in care of Davis Funeral Home, 2203 West Main Street, Riverton, WY 82501.