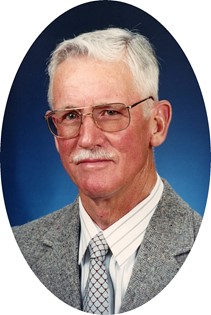 Guestbook 6
Donald “Don” Ackerman, 85, passed away at Help for Health Hospice in Riverton, WY on Saturday, February 22, 2020, with family by his side. A rosary will be recited at 7:00 p.m., Thursday, March 5th at Davis Funeral Home. A funeral mass will be held at 10:00 a.m., Friday, March 6, 2020 at St. Margaret Catholic Church. Interment will follow a Mountain View Cemetery.

Don was born in Atkinson, NE on October 10, 1934 to Pius Herman and Florence Ester (Davis) Ackerman. He attended St. Boniface School in Stuart, NE until the third grade.

Don met his wife, Jean (Shilaos) Ackerman, when they were students at Casper Junior College. They were married on July 3, 1954 in Casper and built a life they loved together for 66 years, raising three children; Linda, Dirk and Kent.

Don loved hunting and fishing in the high country around Dubois. He enjoyed his boat while fishing Pathfinder, Jackson and Bull Lakes and water skiing with his family. Don was an accomplished stained-glass artist and instructor. His works can be found in homes and churches throughout Wyoming. Above all, Don enjoyed his family and sharing outdoor activities with his wife, children and grandchildren.

Memorials may be made to St. Margaret’s School or Help for Health Hospice.