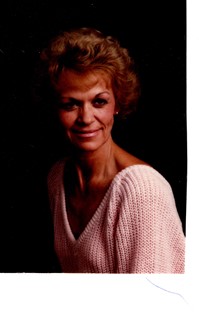 Judy was born May 31, 1935 to Avis Lucinda Franks and Carnot Vernon Arries in Hibbing, Minnesota. She had one brother, Jack Jay Arries. She grew up in northern Minnesota and was very close with her Grandparents Bessie and George Franks. Judy attended school through the 9th grade, then married Richard Dale Ross, eventually moving to Fridley, Minnesota.

Judy became a registered foster parent in 1959 at age 24, and fostered children for 15 years. As a result, she and her husband adopted five children; Richard Vale “Rick”, Roger Dale, Jeffery Scott, Theresa Gale “Tracy” and Tamara Jo “Tammy”. She sadly laid her only natural child, a stillborn daughter, Jackie Ann, to rest November 6, 1967. She loved children and volunteered at Montessori Children’s School for several years.

In 1974, she moved to Stevensville, Montana with her family. While there, she taught catechism at St. Mary’s Mission, Catholic Church. She and her husband owned and operated Ross Construction. She brought her parents, who had since divorced, to live with her family in their later years. At age 42, she pursued her GED, attended nursing school and became a Licensed Practical Nurse. She divorced Richard “Dick,” in 1979. She married Gerald Raymond Spaar in 1987 and they divorced in 1998.

Judy loved to sew beautiful dresses, clothes and even suits for her husband. She loved to be surrounded by lots of family and cook great meals for everyone. She loved to go shopping, and to dance, everything from Polka to Waltz. Country music was her favorite. She really loved and spoiled her pets, including the chickens and horses, and especially spoiled her grandchildren. Yellow roses and peonies were her flowers, and she always had a romance novel to fill spare time.

Upon retirement, she relocated to Lovelock, Nevada to be with her brother, Jack. In 2012, she came to live in Jackson, Wyoming with her daughter, Tammy. Her last few years were spent at St. John’s Living Center, due to limited mobility. Sharp as ever, Judy was able to come home to the ranch for her last days and passed away February 11, 2020 of natural causes at home with her family.

Judy was a beautiful, very kind, generous and caring person who valued family above all and will be greatly missed.