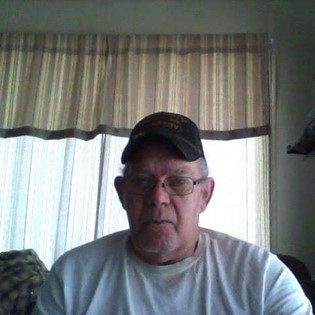 Guestbook 0
William “Wild Bill” Davis, 73, of Shoshoni passed away at Home Health Hospice Home on Tuesday, February 25, 2020.. Cremation has taken place and no services will be held.

William Charles Davis was born on January 22, 1947 in Lewiston, ID to Joseph and Violet (Brown) Davis. He grew up in Idaho and graduated from Lewiston High School with the class of 196

Bill enlisted in the U.S. Air Force on May 29, 1965, serving during the Vietnam War. He made the U.S. Air Force his career and honorably retired on September 20, 1989 as a Master Sargent. While in the service he earned seventeen oak leaf clusters for many medals, a silver cluster, and Vietnam Service metal with four bronze stars.

After his military service Bill became an electrician by trade and worked on the Buckley Airforce Base radio towers, worked on upgrading the Emergency Power Plan in Aurora, CO, and Water Reclamation Project in Yuma, AZ, to name a few.

He lived all over with the U.S. Air Force and his construction work. Some place he lived in were Texas, New Mexico, California, Guam, Montana, Washington, North Dakota, Alaska, Korea, and Arizona. He lived in Denver, CO from 1985 to 2000. He moved to Shoshoni in 2003 to be close to his daughter, Sabrina.

Bill loved NASCAR and watched the races whenever he could.

He is survived by his daughter, Sabrina Lawson and husband, Oscar; son, Lonny Davis; seven grandchildren and three great grandchildren.

He was preceded in death by his parents, Joseph and Violet Davis.

Arrangements under the direction of Davis Funeral Home. Will