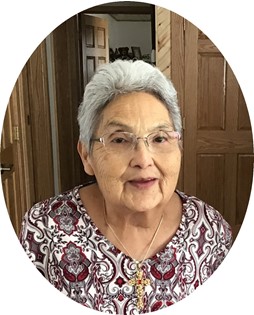 Mariam Carmen (Trujillo) Majdic was born on April 16, 1942 in Costilla, New Mexico to Eloy and Avelinda (Arellano) Trujillo. She grew up in Rock Springs, Wyoming and several coal towns with her two brothers and five sisters. The family later settled in Hudson, Wyoming where she attended school. She was a proud 1961 graduate of Fremont County Vocational High School. Carmen later graduated from Hollywood Beauty College in Salt Lake City.

After graduation, Carmen owned and operated a small beauty shop in Hudson until she married Jerry Majdic in 1967. Carmen was a proud mother of her two boys, Jerry and Tom, a friend to her special daughter-in-law, Brenda, and a grandmother to her very beloved grandson, JJ. Her family loves her dearly and are grateful for the numerous ways that she supported them until her passing.

Carmen was well known for her kindness and fondness to help others in need. Her cooking and baking skills were enjoyed by many. She was a long-time member of the Church of Ascension in Hudson. Later, her health deemed it necessary that she attend church closer to home and she became a member of St. Margaret’s Catholic Church in Riverton. She was part of the Hudson Homecrafters for many years. After her husband Jerry passed away at the Hospice Home, she became the first volunteer for Help for Health and spent many years grocery shopping and visiting residents as often as she could.

Memorials may be made to Help for Health Hospice Home in care of Davis Funeral Home, 203 West Main Street, Riverton, Wyoming 82501.