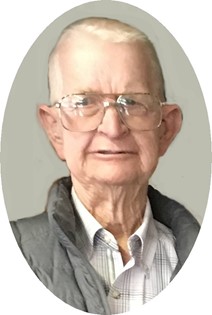 David Devere Johnson was born on June 30, 1932 in Marsland, NE to Earl and Beryl (Blackmer) Johnson. He grew up in Marsland with his four brothers and four sisters. Dave attended elementary school at Riverside Country School – a 1 room, 1-teacher school, riding horses to and from, and high school in Marsland, NE.

Dave enlisted in the U.S. Army on December 03, 1948 and served during the Korean War as an Infantry Recon Scout. He was honorably discharged as a Private 1st Class on December 28, 1951 and returned to Nebraska.

On September 12, 1955 he married the love of his life, Shirley Ann McCue in Gering, NE. They celebrated their 64th anniversary this last September. Together they raised three children, Ben, Linda, and Brenda. He ranched in the Sandhills of Nebraska and was blessed by the birth of his son, Ben. Shortly after Ben was born, Dave loaded up his little family and moved to Wyoming changing occupations from ranching to road construction, working for such companies as Boatright Smith, Rissler-McMurry, and Brasel and Sims. At that time he was blessed by daughters, Linda and Brenda. Dave and his family moved from job to job living out of a camper trailer eventually settling down in Shoshoni, WY. It was there he built his home, started his business, “Johnson Grading” and made Shoshoni his forever home. He was known for his keen blade operating skills near and far.

He was a member of the Shoshoni V.F.W. and the Riverton Elks Club.

During his early years, Dave enjoyed hunting, fishing, and playing pool. Most recently, Dave still enjoyed shooting a game or two of pool at the Shoshoni Senior Center, but mostly enjoyed trying his luck at the casino. He also loved spending time with his family.

He was preceded in death by his parents, Earl and Beryl Johnson; son Ben Johnson; brothers, Floyd, Roy, and Ray; and sisters, Pard, Bonnie, and Opal.