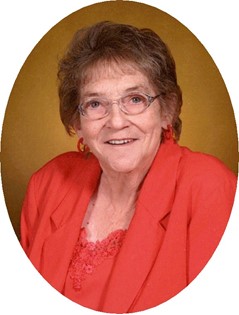 Guestbook 1
Pauline Mae Coulston, 87, formally of Riverton passed away at the New Horizon Care Center in Lovell, WY. A memorial service will be held at 10:00 a.m., Monday, June 15, 2020 at the First Baptist Church in Basin, Wyoming with Pastor Aaron Gesch officiating.

Pauline Mae Kennedy was born on August 20, 1932 in Wagner, OK to Willie and Etta Marie (Nicely) Kennedy. She was raised with her siblings in Wagner. OK.

On June 3, 1950 she married Jack Coulston in Florence, AZ. Together they shared 64 years together before Jack passed in 2014. They raised six children, Alvin, Melvin, Rodney (her favorite), Jan, Phylliss, and Annie.

They moved to Dubois, WY in 1955 to the Double Diamond Ranch. They later the family moved into Dubois where Pauline worked at the Coffee Mill Café and later as a watchman at the LP Sawmill. After the closure of the LP Sawmill, in 1988 they moved to Saratoga, WY and then in 1992 they moved to Walla Walla, WA. In 1994 after Jack retired they returned to Riverton to enjoy retirement. They later moved to Basin to be closer to family and she lived the last five years in the New Horizon Care Center in Lovell, WY.

Pauline like to cook, sew, and crochet. She loved spending time with her grandchildren and great grandchildren.

Pauline left an amazing legacy in her family!

She was preceded in death by her parents, Willie and Etta Kennedy; husband, Jack Coulston; son, Alvin Coulston; and daughter, Jan Coulston.