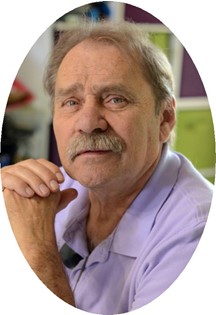 Guestbook 29
Funeral services for Marlin D. “Hank” Iden, 72, will be held at 11:30 a.m. on Wednesday, March 11 at the Church of Jesus Christ of Latter-day Saints. Interment will follow at Mountain View Cemetery. A visitation will be held from 5:00 to 7:00 p.m. on Tuesday, March 10 at Davis Funeral Home.

Hank passed away peacefully after a long illness on March 3, 2020, surrounded by his family at his home in Riverton, WY.

Hank graduated from Gregory High School in Gregory, South Dakota. In 1968, he moved to Riverton in order to work for the Datel Company in their research and development department. In 1975, Hank began his career at Brunton Co., designing many different compasses and most of their automated machines. During his time at Brunton, Hank was most proud of his compass magnetic needle designs. His foremost design was an integrated magnet that was molded and balanced, making Hank the first person to ever design a molded magnet needle in 1985.

On November 21, 1977, Hank married Brenda L. Larsen in Las Vegas, Nevada. The couple were sealed in the Jordan River Utah LDS Temple on August 10, 1991. He spent the rest of his life in Riverton raising his family of seven children alongside his wife, Brenda.

Hank was known for his hard work and incredible mind. He loved race cars and built many motors for sprint cars that were very competitive. He designed, built and marketed electronic devices for race cars all over the world. His ‘55 Chevy was a lifelong passion project.

Hank was an active member of the Church of Jesus Christ of Latter-day Saints. He loved to attend the temple with his family and the youth of the church. He served as the Young Men President as well as a counselor to three different Bishops over a 10-year period. He also served in the Scouting program, volunteering as a Boy Scout Leader for many years and he also earned his Eagle Scout as a young man. Hank spent many days and nights at scout camps and on special scout trips with his sons.

Mr. Iden was preceded in death by his parents and his father-in-law, Lloyd Larsen.