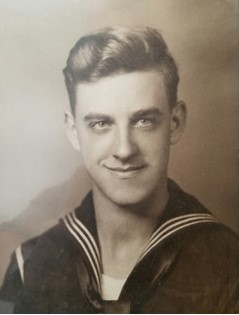 Guestbook 8
Robert Scheidemantel, 94, of Riverton passed away at his home on Sunday, March 8, 2020. As were his wishes a memorial service will be announced one year from now.

Robert Barclay Scheidemantel was born in Licking, MO to Charles Henry and Agnes (McClellan) Scheidemantel on August 30, 1925. He grew up in Missouri with his two brothers and one sister.

Robert was a WWII veteran having served in the Navy, Army Air Corp. / Air Force and served in Special Assigned Foreign Service for 19 years. After his service he returned to Missouri.

He married Kathryn Fraine in Phoenix, AZ and together they had four children and then moved to Riverton, WY where they lived for the last fifty years.

Robert worked for School Dist. 25 as the Maintenance Supervisor, where he retired, along with being a lifelong member of the V.F.W. and Eagles of Riverton.

He enjoyed fishing, hunting, yardwork, and loved being outdoors.

He was preceded in death by his wife, Katheryn Scheidemantel; parents, Charles and Agnes Scheidemantel; sister, Edith Pickering and step-sons, Clint Adams and Tom Adams.