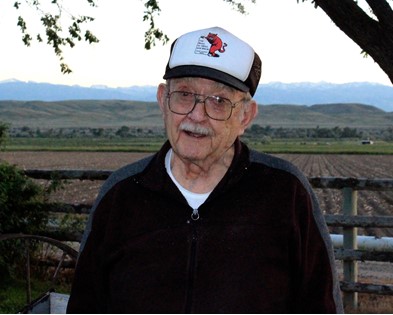 John Rowland, 95, of Riverton passed away on Wednesday, March 18, 2020, in Farmington, New Mexico. Due to the Corona virus, a memorial service will be scheduled at a later date. Burial has taken place at Mountain View Cemetery.

Jack attended school in Powell until his senior year, he then joined the service. He finished his senior year and received his GED while serving in the Navy. Jack served in World War II in the Pacific Theater. At the end of the war, he began a 22 year career for Schlumberger working in Cody, Riverton and Casper. Jack and Ethel purchased and ran Bull Lake Lodge from 1967 to 1973. He then worked for Morton School and Wind River School Districts, retiring with 20 years’ service.

Mr. Rowland enjoyed spending his time fishing, hunting and delivering senior citizens’ meals. He was a member of the Riverton VFW and the Elks Club in Cody, Wyoming.

He is preceded in death by his wife of 61 years, Ethel; parents, John and Stella Rowland; brother, “Bud”; and sister, Mildred.