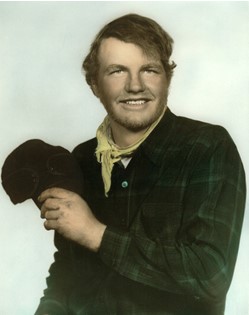 Joseph Edward McIntosh was born in Rawlins on April 28, 1945, the son of Patrick James McIntosh and Harriett (Price) McIntosh.

He was raised at the Split Rock Ranch and attended grades K-5 in a one room school house. He attended Lander schools in grades 6 and 7, Jeffrey City School in the 8th grade, and high school at Fremont County Vocational High School in Lander, being graduated with the Class of 1963. He then attended college in North Carolina for heavy equipment training.

Mr. McIntosh was a rancher all of his life, working on the B—J Ranch, the P— Ranch and the Grieve Ranch on the Sweetwater.

As a young man, he showed horses and cattle at the Fremont County Fair, and was a member of FFA at FCVHS where he served as president.

He was an honorary member of the Jeffrey City Volunteer Fire Department, Jeffrey City Lions Club where he served as president, was president of Sweetwater Roping Club, and was recently recognized with a plaque for his service. He was a 4-H member and leader, and had judged for the Wyoming Rodeo Association.

The family said Mr. McIntosh enjoyed being with cattle, team roping, and loved the Sweetwater where he wanted to spend his life. He had helped many people, young and old, in the sport of rodeo. He especially loved watching his wife and daughter Mindy compete.

Mr. McIntosh was preceded in death by his parents; a brother Jim; and a sister Patsy.

Memorials may be made to the Jeffrey City Fire Department, or a charity of the donor’s choice, in care of Davis Funeral Home, 2203 W. Main, Riverton, WY 82501.